Learning about snakes can help you to understand them and reduce the stereotypical thoughts surrounding them. Since there are many myth about them the facts is what you need to really become educated about these wonderful species.

Many species of snakes are endangered at this point in time.

There are more then 3,000 species of snakes in the world.

Some species of snakes are venomous. Others catch prey through the constriction.

Snakes are known to live in a variety of different habitats. This includes in trees, on land, underground, and in the water.

All snakes are categorized as reptiles. They don’t have any limbs but they rely on their body to move quickly and quietly. They have a body that is very strong.

Some snakes can consume prey that is several times larger than they are. They will open the hinged jaws and swallow it whole.

Snakes will shed their skin during a process called molting.

Antarctica is the only place on Earth where you won’t find snakes living. They don’t live in Ireland or New Zealand either.

The smallest is 10 centimeters long and the longest is more than 30 feet.

The largest fossil of a snake is 49 feet long.

The venom of some snakes can be powerful enough to make a human very ill. With some species it can be strong enough to kill them.

The tail is usually about 20% the length of the entire body of a snake.

There can be up to 400 vertebrae found in some species of snakes.

The Anaconda is the largest and heaviest snake in the world.

All snakes are cold blooded so they can’t regulate their body temperature on their own.

They have to sleep with their eyes open which is why they usually will coil up when they are trying to rest.

Snakes often move their tongues around so that they can both smell and taste what is going on around them at the same time. They are actually sampling their environment as they move along.

Snakes are very sensitive to movement and they pick up on even very faint vibrations that are around them. 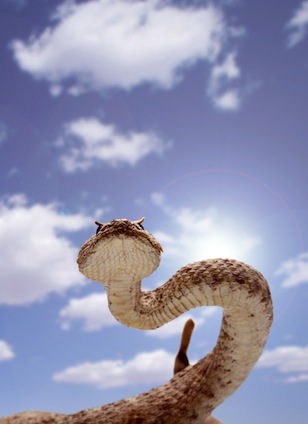 There are species with an infrared sensory so they can see the heat that warm blooded creatures give off.

Snake charmers are very popular in India. They play music to try to relax the snakes so that they will be able to be calm and sway to the sounds.

In some areas of the world people do enjoy consuming snake meat.

Snakes are considered to be a very good pet by some people. This is because they are quiet, they don’t need to be fed daily, and they are exotic so people really take notice of a person that has something like this as a pet.

Under the right living conditions some species of snakes can live to be up to 40 years old.

Most species of snakes that live in colder places will hibernate until it warms up again.

Most young are born from eggs but a few species of snakes give birth to live young.

It can take up to 3 months for some large meals to digest for a huge snake.