The Rattlesnake is one of the most common ones you will find out there. They do have a type of venom in them but it usually isn’t very powerful like other snakes. There are 30 species though and many subspecies so what they will offer depends on what you come across. They all have the telling sign of the rattle at the end of the tail. That is their warning to stay away.

The rattle area of this snake will only start to make noise after the first shedding of the skin. Each time that the snake goes through that process they will add more rattle to it. You can tell the age of the Rattlesnake due to the length of that area. During rainy weather though the rattle can get wet and then it won’t give any noise for a warning.

The colors and the sizes will depend on the location of the Rattlesnake as well as what it eats. They often blend in well in coloration to fit in with their surroundings. They can range in size from very small to a couple of feet in length. They can strike extremely fast.

The largest population of the Rattlesnake is found in Arizona and on down into Mexico. They prefer regions that are very warm and dry. This is why they do so well in the desert areas as well. There are two species known to be living and doing well in areas of South America. 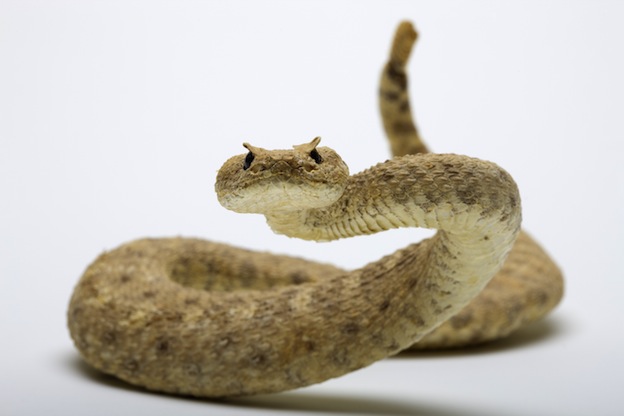 The Rattlesnake loves the sun so when it is out they will be too. They may be hiding under rocks or other areas though. They are often stumbled upon when people are hiking. This is why you should always wear boots and have your pant legs tucked into them.

Rodents including rats and mice make up the largest portion of the diet for the Rattlesnake. They also consume birds and insects. They will bite and inject the venom into the body of the prey and then let it go. For some types of larger prey they may have to follow it around and wait for it to become immobile.

Mating season for the rattlesnake depends on the climate, habitat, and availability of food. The males will go looking for females to see if she is receptive. Some females mate annually but others will do so only every couple of years. She will be intolerant so soon after mating he will have to leave.

The females will create eggs in her body and then release them. As soon as the eggs are from her body they will emerge. She can have up to 20 at a time depending on the species of Rattlesnake. She will leave them as soon as they are born so they will have to find food and shelter on their own. The young have full fangs and they usually have a venom that is stronger than that of the adults. 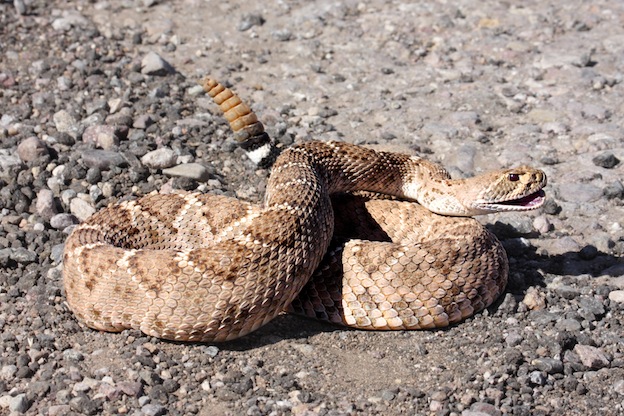 What can make the Rattlesnake so dangerous is that it has a striking distance up to 2/3 of its body length. Humans often get too close to them in order to observe and then they end up being bitten. The power of the venom will vary based on the species of the Rattlesnake.

It is wise to get the area washed out and to apply ice to it. Over the counter medications for pain and to reduce swelling is very important. It is a good idea to get to a doctor as well. They will need to observe the area. If they detect that the bruising continues or that a person is having an allergic reaction they may need to take action. Antibiotics may be necessary to help reduce the risk of an infection occurring.