Snakes Around the World

Snakes can live just about anywhere but they do need warm temperatures. They are cold blooded so they lack the ability to be able to regulate their temperatures. They can slow down their body metabolism though to a very low point of production. This means they can go into a hibernation state when there isn’t food and when the temperatures are just too cool for them to be able to survive.

They enjoy the air that is cool because they do have such a dry body. However, they are known to live in deserts and other warm places. It depends on the type of snake species you happen to be talking about. Some of them can be out in the cold areas such as those that live close to hot springs. This environment will offer them the amount of heat they need to do very well. The Vipera berus is the only species that can live in cold environments, and it is found in the Arctic circle.

There aren’t any snakes known to live in Antarctica. They are found to live just about anywhere else you can imagine though. The fact that the pet trade for snakes is huge is part of why they have such a wide distribution. Some of them are illegal to sell due to the dangers. However, this only makes them wroth more money on the black market a more people want them.

Many snakes live in the trees where they are able to find enough food from the various types of animals that live in trees. These are called arboreal types of snakes. They blend in well with the surrounding so they have the element of surprise on their side. They can coil up and rest without being detected too.

Some species of snakes live in the mountain terrain. They have been found living a high up as 16,000 feet. Some of them live on the ground and will create underground tunnels. This allows them to find food and shelter without any difficulty. There are certain species too that live in the water.

Many of the snakes that live around swamp lands will utilize the water as well. They have the ability to swim so they aren’t limited to only being on land or in the water. This flexibility makes it easier for such species of snakes to be able to survive. They can find both shelter and food resources in both forms of habitat. 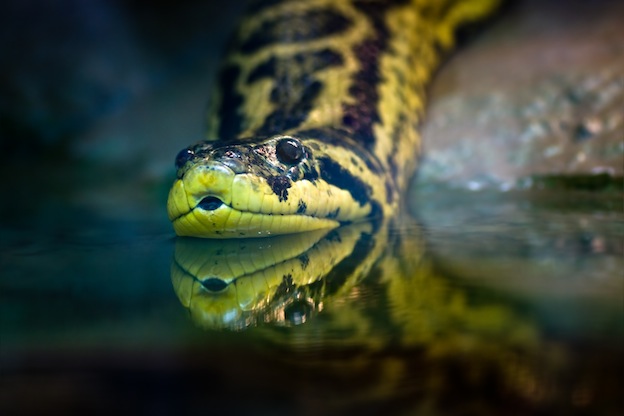 There are areas that have high populations of snakes such as close to farms. They tend to go where they will be able to find plenty of food. Farms offer plenty of locations for shelter for the snakes. They also have an abundance of insects and rodents that the snakes can easily use for food.

You won’t usually find snakes in places where there are lots of people and lots of movement. This is because they have to depend on the vibrations to pick up movements. In areas where there is constant movement it would be too confusing and overwhelming for them to be able to detect threats or food resources in their natural environment.

A big problem with the pet trade is that many of the snakes become too large for the confined areas. Since they are illegal to have then the owners get scared. They turn them loose in the wild and they are able to thrive. This is why new habitats of various snakes are being found in areas where they were never populated before.

The changes of dynamics too due to humans disrupting their natural environment is a huge factor too. When keeping a snake in captivity you need to make sure you offer enough heat. However, only half of the habitat should be heated so that they can move to a cooler area if they get too warm.