The mating process for the snake can take many different forms based on the species and the location. However, the standard practices include a male and female who are mature finding each other. Those that live in colder areas will only mate in the late spring and the early summer. For those that live in tropical areas the mating can take place all year long.
The temperatures along with the availability of food can determine if they will mate or not.

The males will become more aggressive around the time for mating. They will fight with each other so that they are able to get the attention of the female. She has the final decision on who will be able to mate with her and who has to keep on moving along. He won’t give up until he knows for sure there is no chance of it occurring. 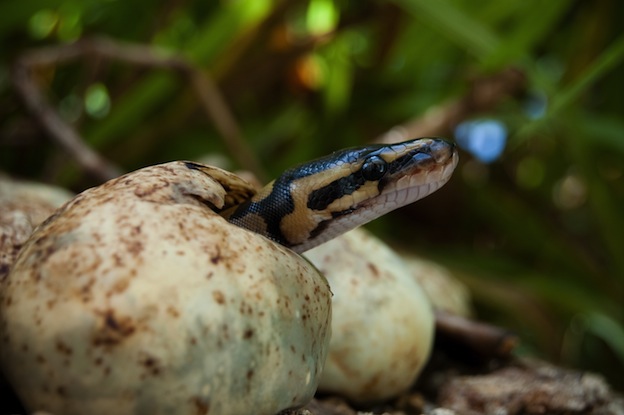 Since males and females can look so much alike, the males usually don’t even have a chance to really avoid each other. They will have to get very close in order to find out if he has found another male or a female that he may be able to mate with. This can vary though by species but overall such behaviors are a part of the mating process for snakes.

Once mating has occurred the male and the female will go their separate way. They don’t say in contact. The female can become very hostile if mating is over and the male is still around. He will typically be in a hurry though to go look for other females in the area. However, when the male is mating for the first time he may become very exhausted. This is why he may want to stay around the female – he simply is too tired to venture further away from her.

Once mating has occurred the female will lay eggs. This can take place soon after mating for some species. With others though the eggs will stay in her body for a long period of time. Then they will emerge right before the young are ready to come out of them. 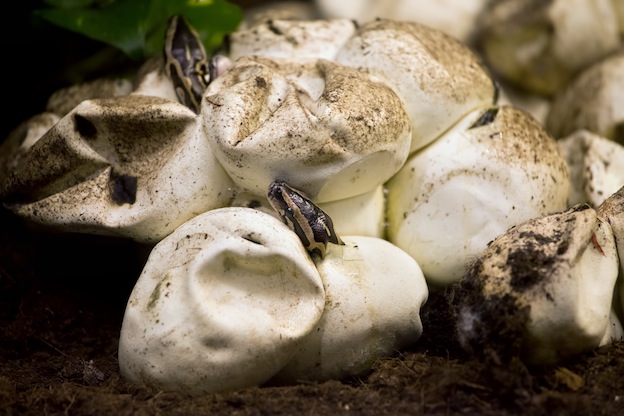 Little pythons emerging from the egg

She will place them in a nest or burrow to offer them a save place. Most species will leave those eggs and that is the end of it. Some species though will linger around the area to protect them. She will leave though as soon as the eggs emerge. There are a few species including boas and rattlesnakes that give birth to live young (viviparous).

She may mate again with a male. The other option is that she may have sperm in her body that was left over that she can use again.

Those that are born from eggs have sharp teeth and they will use it to break the egg from the inside out. Mating may occur annually for some species but there are those that will only do so once very three years.

All young have to care for themselves from the instant they are born. They are very vulnerable to a verity of predators including birds, fox, and lizards. There is a high mortality rate in the wild for young snakes. They look very much like their adult parents at birth but they are just smaller.